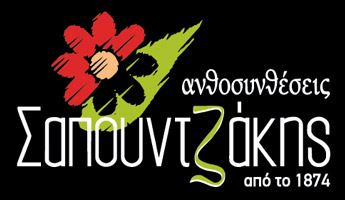 My Cart (0) Total: €0.00
You have no items in your shopping cart.
Close
Menu
Personal menu
My account
Filters
Search

The garden flooded with flowers…

We would like to inform you about the origin of our firm, the members that first established it and those we have personally known, loved, cherished and try to follow their example.
According to our knowledge, it all started in the first half of the 19TH century with the birth of Stavros Sapountzakis in Hania - Crete. He became a young chemist, specializing in the manufacture of soap. That explains his family name which means soap-maker. While he was still very young he moved to the island of Lesvos where a little later he got married to a Lesvian girl and he had two children Efstratios (boy) and Marianthi (girl).Efstratios after primary school education, had the desire to follow a friend of his father who lived in Constantinople. His mother had recently died, so his father gave him his blessing and 500 gold coins and let him go seek his fortune.
While Efstratios lived in Constantinople, he soon realized his great love for flowers. He then worked as an employee in one of the two existing flower shops and learned the job well. Very soon, he opened his first flower shop in Hamalbasi, Pera region and started his successful career. He later expanded his activities in cultivating plants and flowers in the region of Dolapdere at the foot of Tatavla highs. He built a house there, got married to Virginia L.Hrisostomou from Kandilli in Bosphorus and had nine children: Paul, Lazarus, Theodora, George, Helen, Constantine, Alexander, Melissini and Fokion.
Furthermore we should state here that our great grandfather Efstratios during 1874 to 1890, inaugurated his first branch office. In 1890 his father Stavros visited him to observe his son's achievements and his expansion with new flower shops one of which was in no. 366 of the "Great road of Pera"and later became the main flower shop of the family.He then returned to Lesvos near his daughter where he died in the year 1908.
Our great grandfather who had no time to educate himself, was a progressive man with a great will to learn. He was the first to publish, in collaboration with professor Nicolas Vouros "The Gardens Diary" and later a monthly magazine called "The review of gardening" He also educated all his children. His excellent ability as a businessman was such that he got acquainted to important persons in the Ottoman court and very soon undertook the provision of flowers, for all occasions as the sole supplier of the Saray (palace). He was respected for his integrity, his laboriousness and his devotion to his trade. Very often, during his frequent visits to the palace he took along his son George.
Efstratios did not omit the foundation of a flowershop outside Turkey. He opened one in Thessaloniki - Greece and moved there when the Asia Minor catastrophy took place, leaving the administration of his big fortune in Constantinople to his sons George (our grandfather) and Constantine. He busied himself, for a period of time, in the shop of Thessaloniki and later left it to his sons Lazarus, Alexander and Fokion, returned to Lesvos next to his daughters and died in the year 1932.
Let's go a few years back in the 1923 when the Turkish Democracy was established and Ankara was chosen to be the capital of the new State. The need of flowers for all manifestations in Ankara was encountered by the firm "Sapountzakis Brothers". An extra cargo wagon was loaded to the train "Anatolian Express" for this purpose.
At this time George married Evanthia Popovits, of serbohellenic origin and had four children Stavros - Efstratios - Mary and Virginia. In 1930 he expanded his activities with his brother and undertook the planning and preservation of gardens, so that in 1932 they won the contest for transplantation of Ankara's "Cubuk" dam. The enthusiasm of Kemal Ataturk the founder and head of the new State, upon the result of their work was such that he concessed a shop in the best region of the city and let them decorate it as they liked.
The responsibilities and difficulties of this shop obliged the two brothers to separate their interests. Our grandfather George continued with these responsibilities and later, along with his two sons Stavros and Efstratios who were his successors after his death in 1977.
Stavros (our father) had three children George, Orestis and Evanthia and Efstratios had two Evi and Anna. Efstratios stays in Constantinople up to now and has the same occupation.
We are Stavro's two sons: - George, graduate of the "American Agricultural School of Thessaloniki" I made my debut in the florist business with a shop at the center of Athens during the years 1982-1996. In 1984 I married Paraskevi Braouzou and have two sons: Stavros and Marios.
-Orestis, I stayed back in Constantinople after our father's premature death in 1981 and became the sole master of the main Flower Shop of the family. I married Helen Iliadis and I have a son, Nicolas. In the year 1996 I moved to Athens , and joined forces with my brother in order to inaugurate the present flower shop. Today, we continue the tradition of four generations with this shop in St. Alexander 40, at P.Faliron and talk to you with the amazing language of flowers. We wish our sons will follow our steps …..